The Australian Institute of Architects is calling for a fundamental overhaul of building regulation to improve compliance and accountability, and better protect home owners and residents.

In its response to the NSW government’s Building Stronger Foundations discussion paper, released in June 2019, the Institute made 25 recommendations covering the full building design and delivery process and proposed solutions to poor quality and poor safety in the building sector.

Among the recommendations is a call for developers to be regulated, including a statutory duty of compliance and ongoing duty of care to subsequent owners.

“Currently, anyone in Australia can procure and construct an apartment building,” said Kathlyn Loseby, NSW chapter president of the Institute. “No evidence of any education, of any experience, of any suitability or capacity, or of insurances held is required. This is completely unacceptable and must urgently change.”

To date, most of the defects found have come from the speculative multi-residential sector. The Institute’s recommendations include enhancing quality and thoroughness of documentation required for safety and compliance; and introducing a statutory requirement for apartments to be built in accordance with detailed documentation.

“We welcome efforts to improve compliance but they must go hand in hand with significant improvements in the rules that govern construction in this country,” Loseby said.

“Previously, we used to have independent and rigorous checks in place where an architect would oversee the design, materials choice and construction to ensure compliance. Over the years, this role has been whittled away in a culture that prioritises time and cost-saving over quality. We need this type of role back in the construction process of complex buildings to ensure there is quality assurance throughout design and development.”

Hence, the Institute is also calling for the introduction of an independent inspection and certification regime that includes a clerk of works and an on-site architect.

“As architects, we have a duty of care to the entire community, something that is explicitly acknowledged in the Institute’s code of conduct,” Loseby said.

The Association of Accredited Certifiers (AAC) has called on the re-elected Berejiklian Government in New South Wales to prioritise action on building industry reforms promised earlier this year.

The package of reforms targeting the building sector include:

According to Brookfield, the proposed reforms are potentially positive steps forward, but further information needs to be provided on the package and its implementation. Observing that action has been delayed on vitally important reforms, she said the Government must ensure the accountability of all building professionals such as builders, engineers, designers and subcontractors through registration or accreditation, and require all stakeholders in construction to be insured.

“Many building professionals, including Accredited Certifiers, are facing a crisis in the construction industry due to the lack of available and affordable Professional Indemnity insurance.

“By ensuring all professionals are accountable for their work and ensuring PI insurance availability we can address this crisis and restore confidence in the construction industry,” Brookfield added.

The AAC recently released an eight-point plan to improve accountability in the construction sector in NSW, which includes:

Not all Solar Panels are created equal.

Solar panels have come a long way in the last 20 years.

With many different types of panel available on the market, there is much confusion and at times misinformation about the right panel for the job.

Where and how should my panels be arrayed?

How should they be installed?

How efficient are the panels?

Below is a general rundown of the types of panels available on the market. Some are suitable for residential applications, some are not.

At ONE Architecture + Interiors, we integrate (not add) solar panels to many of our projects. Over time we have a developed a deep understanding of the market and how householders can get the most out of their solar array.

If you are interested in one day becoming power neutral, that is generating at least as much power as you use, please make a time to come in and see us. This is a topic dear to ONE A+I so we will be glad to share our knowledge and even put you in touch with the right people.

These are the traditional types of solar panels made of monocrystalline silicon or polysilicon and are most commonly used in conventional surroundings.

This type of solar panels (made of monocrystalline silicon) is the purest one. You can easily recognise them from the uniform dark look and the rounded edges. The silicon’s high purity causes this type of solar panel has one of the highest efficiency rates, with the newest ones reaching above 20%.

Monocrystalline panels have a high power output, occupy less space, and last the longest. Of course, that also means they are the most expensive of the bunch. Another advantage to consider is that they tend to be slightly less affected by high temperatures compared to polycrystalline panels.

You can quickly distinguish these panels because this type of solar panels has squares, its angles are not cut, and it has a blue, speckled look. They are made by melting raw silicon, which is a faster and cheaperprocess than that used for monocrystalline panels.

This leads to a lower final price but also lower efficiency (around 15%), lower space efficiency, and a shorter lifespan since they are affected by hot temperatures to a greater degree. However, the differences between mono- and polycrystalline types of solar panels are not so significant and the choice will strongly depend on your specific situation. The first option offers a slightly higher space efficiency at a slightly higher price but power outputs are basically the same.

These cells are different types of thin film solar cells and are mainly used for photovoltaic power stations, integrated in buildings or smaller solar power systems.

If you are looking for a less expensive option, you might want to look into thin-film. Thin-film solar panels are manufactured by placing one or more films of photovoltaic material (such as silicon, cadmium or copper) onto a substrate. These types of solar panels are the easiest to produce and economies of scale make them cheaper than the alternatives due to less material being needed for its production.

They are also flexible—which opens a lot of opportunities for alternative applications—and is less affected by high temperatures. The main issue is that they take up a lot of space, generally making them unsuitable for residential installations. Moreover, they carry the shortest warranties because their lifespan is shorter than the mono- and polycrystalline types of solar panels. However, they can be a good option to choose among the different types of solar panels where a lot of space is available.

Just to give a brief impression of what “thin” means, in this case, we’re talking about a thickness of 1 micrometre (one millionth of a metre). With only 7% efficiency rate, these cells are less effective than crystalline silicon ones—that have an efficiency rate of circa 18%—but the advantage is the fact that the A-Si-Cells are relatively low in cost.

3rd generation solar panels include a variety of thin film technologies but most of them are still in the research or development phase. Some of them generate electricity by using organic materials, others use inorganic substances (CdTe for instance).

The Biohybrid solar cell is one of the types of solar panels, that is still in the research phase. It has been discovered by an expert team at Vanderbilt University. The idea behind the new technology is to take advantage of the photosystem 1 and thus emulate the natural process of photosynthesis. In case you want to learn more about how the biohybrid solar cell works in detail, read more about it in the American Journal of Optics and Photonics. It explains more detailed how these cells work. Many of the materials being used in this cell are similar to the traditional methods, but only by combining the multiple layers of photosystem 1, the conversion from chemical to electrical energy becomes much more effective (up to 1000 times more efficient than 1st generation types of solar panels).

Among the collection of different types of solar panels, this photovoltaic technique uses Cadmium Telluride, which enables the production of solar cells at relatively low cost and thus a shorter payback time (less than a year). Of all solar energy technologies, this is the one requiring the least amount of water for production. Keeping the short energy payback time in mind, CdTe solar cells will keep your carbon footprint as low as possible. The only disadvantage of using Cadmium Telluride is its characteristic of being toxic, if ingested or inhaled. In Europe especially, this is one of the greatest barriers to overcome, as many people are very concerned about using the technology behind this type of solar panel.

The name of such CVP cells is related to what makes them so efficient, compared to other types of solar panels: curved mirror surfaces, lenses and sometimes even cooling systems are used to bundle the sun rays and thus increase their efficiency.

By this means, CVP cells have become one of the most efficient types of solar panels, with a high performance and efficiency rate of up to 41%. What remains is the fact, that such CVP solar panels can only be as efficient if they face the sun in a perfect angle. In order to reach such high efficiency rates, a solar tracker inside the solar panel is responsible for following the sun.

The article above identifies that Sydney house market “has further to fall”. A sobering thought for those of us who have bought at or towards the peak of the market. It was only 18 months ago that it seemed that our homes would provide us with the solid nest egg for our retirement.

Admittedly, the table above simply gives an overall figure that includes houses and units, the reality is that the oversupply of units has caused their prices to fall at a higher rate than houses. Sure, house prices have fallen too but not at the same rate as units. Banks too are taking a long hard look at every aspect of a potential borrowers finances in order to asses their suitability to borrow. I’m sure that the Royal Commission had something to do with that as well.

Lets look at why unit prices are dropping disproportionately to house prices.

We think that residential real estate prices will continue to downwardly correct for the next 18 months. After that, don’t expect to see the rapid rise that we saw over the last decade. 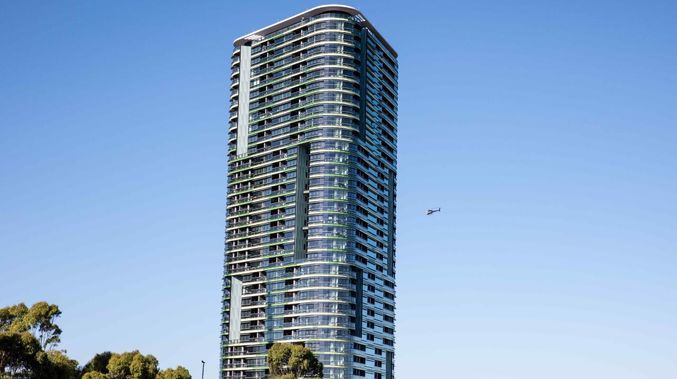 ONE Architecture and Interiors have seen many faults with many buildings. There is rarely a building of this scale that does not have some sort of fault. We do acknowledge that we don’t have first hand knowledge of the issues relating to the Opal Tower defects but feel that the media has exaggerated the issue. Lets look at why:

We have been asked by numerous people about our opinion on The Opal Tower collapsing (usually at dinner parties) and our answer has always been….Watch this space, we feel that, yes, there are defects and yes, they will be rectified. The building won’t collapse.

What do you think?